MADISON – People in Wisconsin would be able to carry concealed firearms without getting training or state permits, under legislation unveiled Tuesday by more than three dozen Republican lawmakers.

The legislation would also end the state’s ban on tasers and allow some people to bring guns onto school grounds. That provision was included so that parents who carry weapons aren’t breaking the law when they pick up and drop off their children at school, supporters said.

The sweeping bill by Sen. David Craig (R-Town of Vernon) and Rep. Mary Felzkowski (R-Irma) goes further than the state’s 2011 concealed weapons law and would make Wisconsin a “constitutional carry” state that allows people to pack firearms without having to register with the state or pay government fees.

“If you decide to carry a weapon to protect yourself or your family, you should be able to do so easily — without bureaucratic hurdles and without cost,” Craig said in a statement.

“Allowing anyone to carry a loaded, concealed firearm in public without any safety training or a simple background check is completely irresponsible,” said a statement from Senate Minority Leader Jennifer Shilling (D-La Crosse).

Craig and Felzkowski said the measure would put the state’s concealed weapons law in line with the state's long-standing policy that allows people to openly carry firearms without training or permits.

“Under this bill, if you are legally allowed to own a handgun, you can carry it concealed — no license, no fees, no government hoops to jump through,” Felzkowski said in a statement.

An aide to Republican Gov. Scott Walker, who signed the 2011 concealed weapons law just months after taking office, issued a statement Tuesday that touted the governor's support for the Second Amendment but that did not say if he backed Craig and Felzkowski's bill.

"The governor has worked with the Legislature in the past to advance the rights of law-abiding citizens to protect themselves and their families through one of the strongest concealed carry laws in the country," said the statement from Walker spokesman Tom Evenson.

Wisconsin was one of the last states to allow the carrying of concealed weapons. In the six years since passing that law, some Republicans have advocated for further changes that would allow "constitutional carry" or scale back restrictions on carrying guns near schools.

Those ideas have not gained traction yet but could amid a national push to ease gun laws. Legislators in Michigan introduced similar legislation Tuesday to allow people to carry guns without permits in that state.

The Wisconsin bill would drop a blanket restriction under current law that prevents people from bringing guns into all police stations, secure mental health facilities and schools. However, officials in charge of those places would have the power to ban guns from their properties.

Even if guns were banned from school grounds, people could still bring them there if they left them in their vehicles, though those people would need permits to have guns so close to a school because of a federal law.

While people would no longer need permits to carry concealed weapons in other places in Wisconsin, they would still be able to get them from the state if they wanted.

The lawmakers left the permitting process in place because many other states recognize concealed weapons permits from elsewhere. Keeping in place Wisconsin’s permitting system would make it easier for people from here who want to travel to other states. 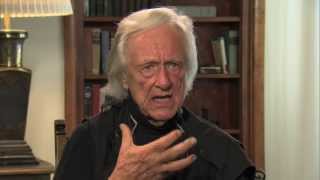